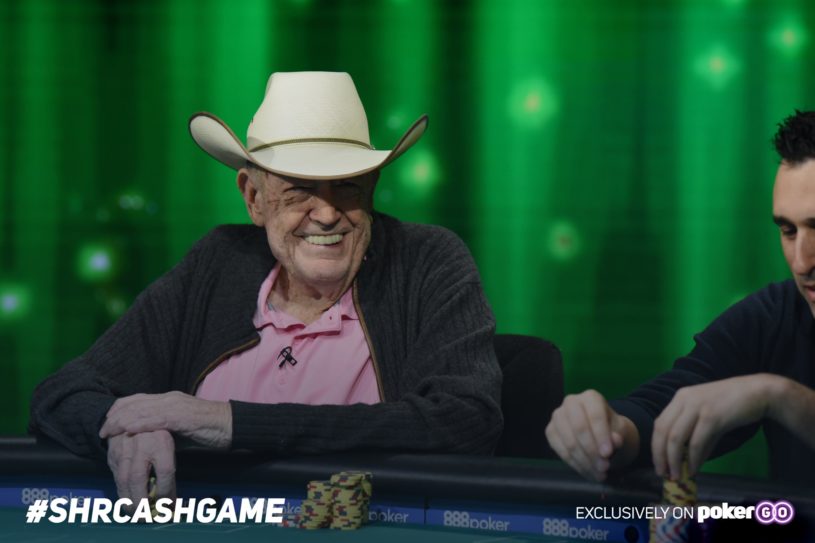 The Super High Roller Cash Game returned to PokerGO this week and concluded with a historic finale. Wednesday’s $3,000/$6,000 10-Game Mix was by far the biggest cash game in PokerGO history and the Bobby’s Room lineup did not disappoint. Some of the world’s best Mixed Game players mixed it up for six hours of non-stop action and “The Godfather of Poker” was at the center of it all.

Doyle Brunson won the first six-figure pot of the night in a Stud Hi/Lo 8 or Better hand against John Monnette and Scott Seiver. The latter was one of the more aggressive players at the table throughout the night and Dolly used that aggression against Seiver, along with the a perfect final down card, to jumpstart his Super High Roller Cash Game return.

While Seiver’s aggression didn’t make him a winner against Brunson, it did against Gus Hansen. “The Great Dane” was on the wrong side of a few bad beats, but also came to the wrong decision in a few sizable pots. One of the biggest came in Pot Limit Omaha and a spot where Hansen just couldn’t get away from an over pair.

Those were just two of the biggest pots the Super High Roller Cash Game finale featured and you can relive all the $3,000/$6,000 action on-demand only on PokerGO. Ali Nejad, Randy Ohel, and Daniel Alaei called the action and you can start watching below.