You are here
Home > News > The Biggest Cash Game in PokerGO History is Here! 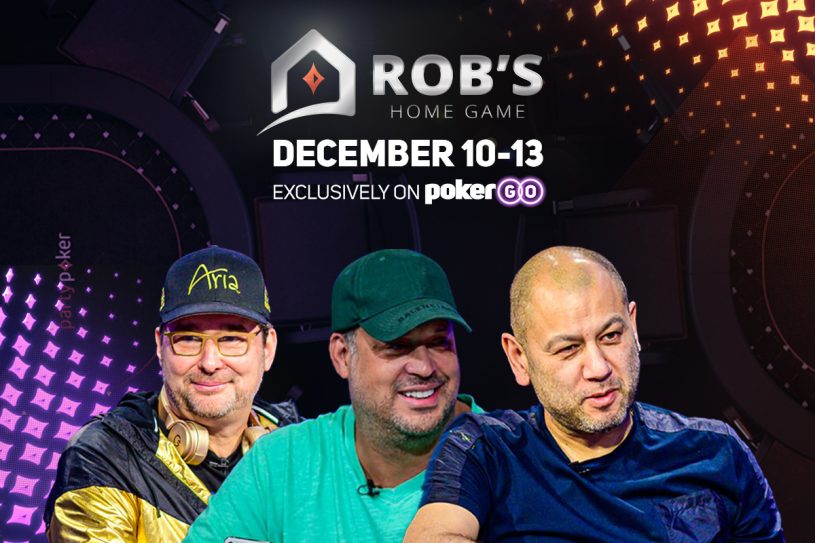 The highest stakes you’ve ever seen on PokerGO are here as Rob’s Home Game is set to create four days of blistering hot action that you just can’t miss out on. Today, we are excited to announce the lineup for the first night of action as a cast of characters is expected to make an appearance across this four-day high stakes marathon.

Rob’s Home Game was first brought to life when Rob Yong, the host, and organizer of this game, played on GOAT Week on Poker After Dark where he clashed in numerous six-figure pots versus the likes of Alan Keating, Paul Pierce, Jennifer Tilly, Phil Hellmuth, and Randall Emmett. The biggest pot of the night back then was worth just shy of $500,000 and you can relive that moment right here.

Commentary of Rob’s Home Game will be provided by Jeff Platt and Brent Hanks.

New to PokerGO and looking to catch every second of this juicy action? Subscribe right now to enjoy not only Rob’s Home Game but also the largest on-demand library of poker content in the world that includes the World Series of Poker, Super High Roller Bowl, Poker Masters, and the U.S. Poker Open.