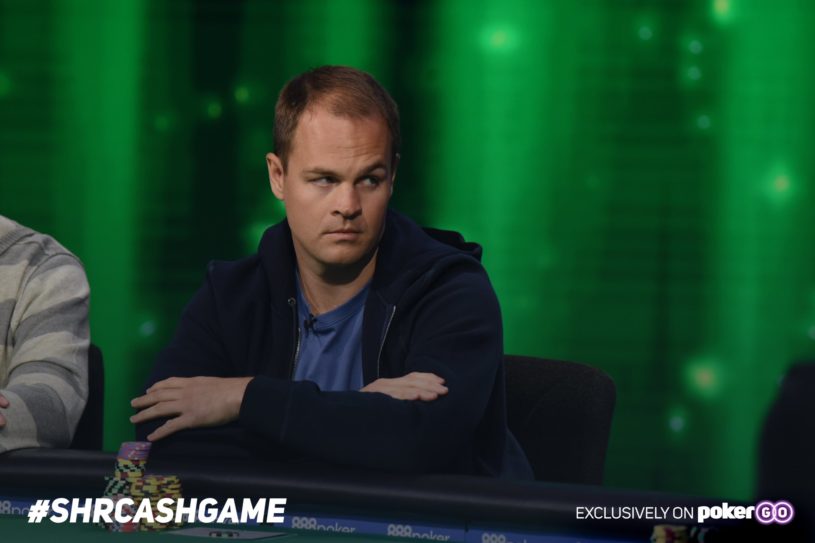 Andrew Robl was front and center at the Super High Roller Cash Game, but he didn't end the night as the game's biggest winner. (Photo: Poker Central)

The Super High Roller Cash Game returned to PokerGO on Tuesday with a high-flying $200/$400 No Limit Hold’em session. SHRCG veteran Andrew Robl headlined the game, but Ryan Tosoc was the quickest out of the gates. The reigning WPT Five Diamond Poker Classic champion played the first six-figure pot of the night and won close to three buy-ins before departing to defend his WPT title.

The first six-figure pot of the #SHRCashGame goes to @RyanTosoc!
Can @berkey11 battle back? Watch LIVE on PokerGO to find out!
▶️ https://t.co/5rUlItuiNK pic.twitter.com/KTyiNbpfxX

After taking the early hit, Berkey battled back with a handful of his victories coming against the rest of the Big Four. That group, made up of Robl, Berkey, Garrett Adelstein, and Isaac Haxton, accounted for a majority of the money on the table. There was a point in the broadcast were each were behind close to $200,000.

While the Big Four headlined the Super High Roller Cash Game, a newcomer ended the night at the top of the leaderboard. Australian professional Adrian Attenborough replaced Lazaro Hernandez and quickly multiplied his stack. Attenborough then played the biggest pot of the night against Matt Berkey.

Subscribe now to relive the action above and to watch the Super High Roller Cash Game only on PokerGO.