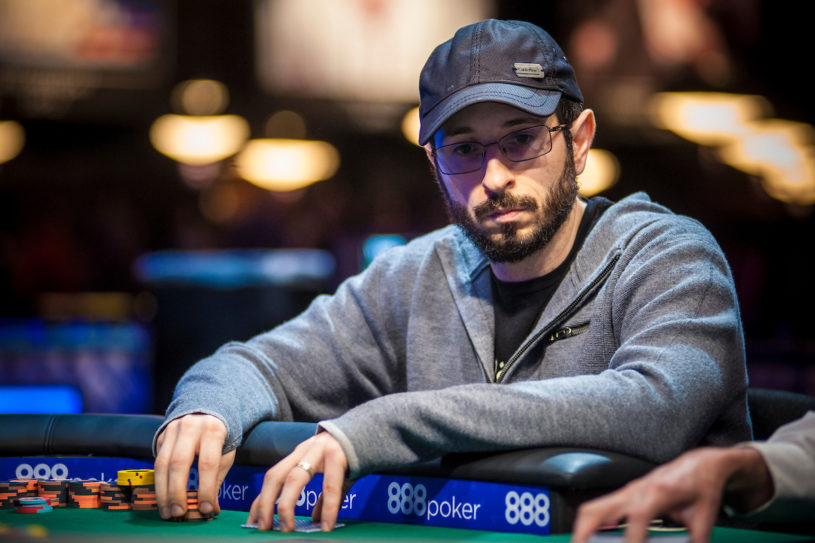 Poker Central Ambassador Brian Rast is one of two players that have hoisted the Chip Reese Memorial Trophy twice and he now looks for a third PPC title in 2017. (Photo: PokerPhotoArchive.com)

The third night of Poker After Dark’s “Rumble with Jungle” returned Thursday with six familiar faces at the table. The same group that played the biggest cash game in Poker After Dark history on Wednesday ran it back, with another six hours of $300/$600 No Limit Hold’em action with a minimum buy-in of $200,000.

The first level of play was relatively friendly. Players took turns discussing anything and everything cryptocurrency, while also touching on the fall of online sites and “Black Friday.” For a lineup that included some of the world’s best online players, that could have been a touchy subject but each seemed to have optimistic views on the future of the online and high stakes poker industries.

After the early discussions, Haxton took an over $220,000 pot from Polk just before the first break but he didn’t keep those chips for very long. Haxton attempted a bluff against Brian Rast that may have worked on another day but Rast got sticky with one-pair and won the pot.

Rast then took a break from the game to chat with host Drea Renee about the night’s lineup.

“So far today, people are playing differently. I don’t know if it’s card distribution, but it definitely feels like today is playing a little smaller than yesterday,” Rast said.

“There were a bunch of all ins and even if they weren’t called, a bunch of chips were moving around,” Rast added, before referencing the biggest valley and peak from Wednesday night’s session. “Jason Koon started off down over $100K and ended up over $200K – so it seems like people are swinging a little less today.”

The action certainly started to swing as the night progressed and during the last hour of play over $1.3 million was on the table and multiple pots ballooned over $250,000. Relive the entire “Rumble with Jungle” finale through the PokerGO on-demand library and while Poker After Dark takes a break next week, PokerGO continues to be your home for high stakes action.

New Poker After Dark episodes close out the month with three days of action from September 26-28th.