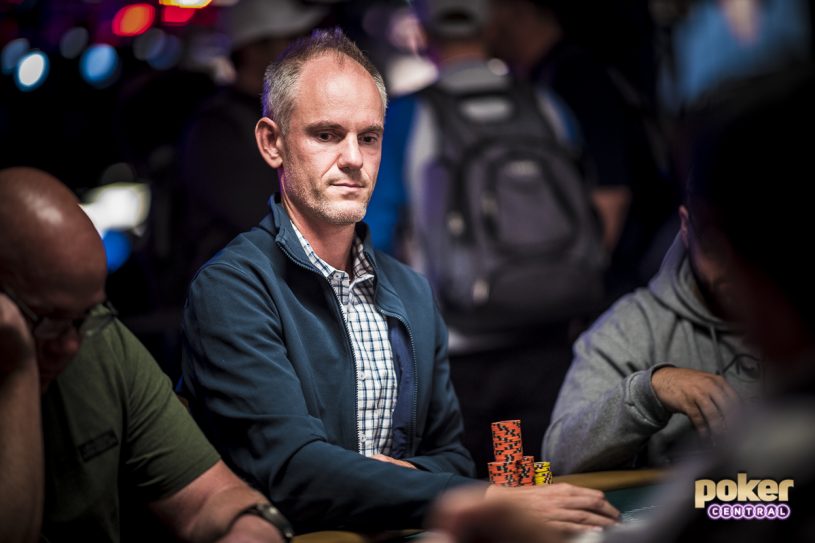 Allen Cunningham is the biggest name remaining in the Big 50.

Year-round, there are tournaments that start with fewer than 127 players, but things feel significantly different when you’ve already played four intense days of poker before arriving at this stage of any event. The Big 50 is only one day away from its epic conclusion and today the remaining field of 127 will play down to its final table today.

It feels as though it should be impossible to find big names in a field this large but as the whole tournament and its 1.4 billion chips now comfortably fit into one corner of the Amazon room, yet there are still some notables to keep an eye on.

Follow the live updates on PokerNews and WSOP websites to keep track of your favorite players in anticipation of tomorrow’s final table on PokerGO and CBS All Access.

The beauty of an event like the Big 50 can be found in its life-changing payouts as well as the story of a lifetime for those that might not make it all the way but still have one hell of a story to tell in their home game. Because at the end of the day, many of those that put up $500 to compete in this event are home game heroes, local casino grinders, and fans of the game.

Without a doubt, there are players playing on Day 4 today that were inspired to pick up the game in 2006 when the most prominent player still remaining in the field, Allen Cunningham, had his big breakout to the ESPN viewing audience.

As one of the few who stood a chance against the avalanche that was Jamie Gold, Allen Cunningham might now be on his way to another historic final table where his return on investment could be even greater than the $3.6 million he collected in the 2006 Main Event.

Cunningham has $11.7 million in career earnings but in recent years he’s been more focused on the lower stakes events, cashing for more than six figures only once in the last eight years. Winner of five WSOP bracelets to date, it would be great to have Cunningham at the final table tomorrow.

Other Notables in the Field

The notables are stretched thin but if you’re looking for experienced players that could take this down, here’s a rundown of some others we spotted in the chip counts.

A year after Cunningham’s run, Lee Childs finished seventh in the WSOP Main Event and he’s looking for his first big score since making that impressive run. Childs has $1.5 million in career earnings and one WSOP final table under his belt.

Morten Christensen is a WPT champion from Denmark who won the Vienna event back in 2012. Diogo Veiga from Portugal is a youngster with $2 million in career earnings and the only other bracelet winner left in the field. Veiga took down a $3,000 No Limit Hold’em event for $522,715 last year.

Andrei Konopelko from Belarus has nearly a million in earnings including a WSOP-E Main Event final table and a 48th place finish in the 2016 Main Event. Last but not least, Jason Wheeler has been a regular on the tournament circuit for many years, sporting nearly $4 million in career earnings and his best result being a second place in the EPT Prague Main Event and a runner-up finish in a 2009 WSOP bracelet event.

The final table will be live-streamed on CBS All-Access in the United States and available everywhere else in the world on PokerGO on Friday, June 7th as the finalists will battle for a life-changing score that will certainly be one of the highlights of the summer!