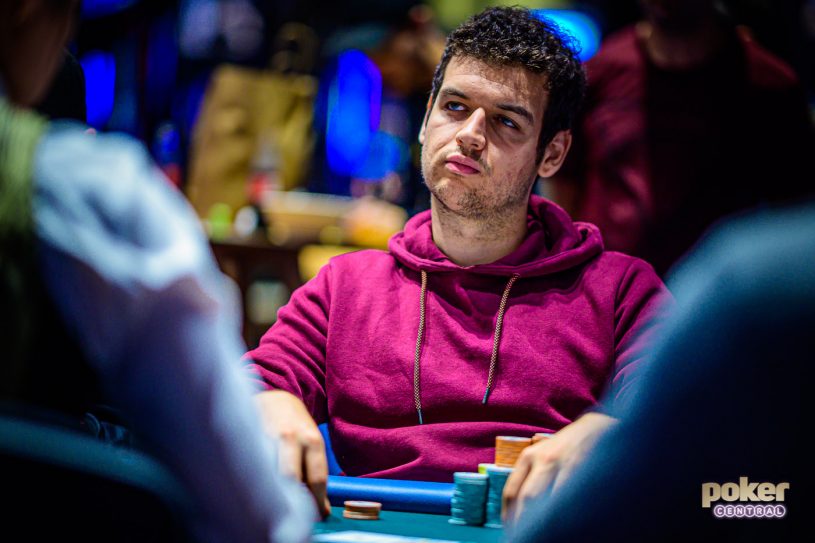 The concluding event of the 2020 Australian Poker Open was the Event #7: AU$100,000 No-Limit Hold’em Main Event from inside the The Star Gold Coast. Following 15 levels of play, just five players would remain with Australian Michael Addamo holding the chip lead with 2,707,000 heading into Saturday’s PokerGO streamed Event #7 final table.

With the Australian Poker Open coming to a conclusion, the biggest buy-in of the series would be on the cards as players handed over AU$100,000 to be part of the inaugural Australian Poker Open Main Event. A total of 28 entrants would find themselves in the final event of the series as a prize pool of AU$2,800,000 was created that would pay the final four players with the top prize reserved at $1,288,000. There would be a total of 19 unique entrants, and once play was down to the final table of nine players, Orpen Kisacikoglu (9th) and Seth Davies (8th) found themselves on the rail before play concluded with seven players remaining.

Leading those players is Australian Michael Addamo who is at his third consecutive Australian Poker Open final table following a fourth-place in Event #5, and a fifth-place in Event #6. Addamo has amassed over $7.1 million in lifetime tournament earnings that sees him sit third on Australia’s All Time Money List behind Kahle Burns and Joe Hachem. In his hometown series of the Aussie Millions, Addamo won the AU$50k Challenge for AU$1,073,790 in prize money – his second biggest score behind his 2018 WSOP Europe €25,000 High Roller victory. Holding a mammoth chip lead of 2,707,000, Addamo will be focused on not only collecting the Event #7 title and AU$1,288,000 in first-place prize money, but also becoming the first Australian to win an Australian Poker Open event.

Second overall is two-time GPI Player of the Year Alex Foxen who finished with 1,235,000 in chips. Foxen has amassed over $16.1 million in lifetime tournament earnings to see him sit 40th on the All Time Money List – and with a win in Event #17 – he will move to 37th on the All Time Money List. Foxen finished fifth in Event #4, and he is currently out-of-contention for the Australian Poker Open Championship.

Event #5 champion Stephen Chidwick sits third overall with 631,000 in chips. Chidwick has amassed over $33.8 million in lifetime tournament earnings to sit sixth on the All Time Money List. Chidwick is also the only player remaining that is in striking distance of catching Andras Nemeth in the Australian Poker Open Championship. Nemeth sits on 630 points and Chidwick trails on 510 points, and with 140 points available for a min-cash in fourth-place, if Chidwick reaches the money, he will be crowned the Australian Poker Open Championship winner.

Fourth overall is GPI-nominated Breakout Player of the Year Aaron Van Blarcum with 602,000. in chips. Van Blarcum has one cash at the Australian Poker Open with a sixth-place finish in Event #3, but his last six months have seen him win over $2.7 million which includes a Season XVIII WPT Legends of Poker title, a second-place finish in the partypoker MILLIONS World Bahamas, a first-place in the $25,000 Bellagio High Roller, a second-place in the $50,000 Bellagio High Roller, and then just last week Van Blarcum finished second in the Aussie Millions AU$100k Challenge.

Rounding out the final table is Australian Kahle Burns with 451,000 in chips. Burns has yet to register a cash at the Australian Poker Open, and although he is the shortest stack, he will be looking to turn things round in the final event of the series and before the Super High Roller Bowl Australia begins. The past 13 months has seen Burns win over $6 million in tournaments around the world and currently sits in second place on the Australian All Time Money List, and 97th on the All Time Money List. Just last week Burns won the Aussie Millions AU$100k Challenge for AU$1,746,360 to kickstart his year the right way.