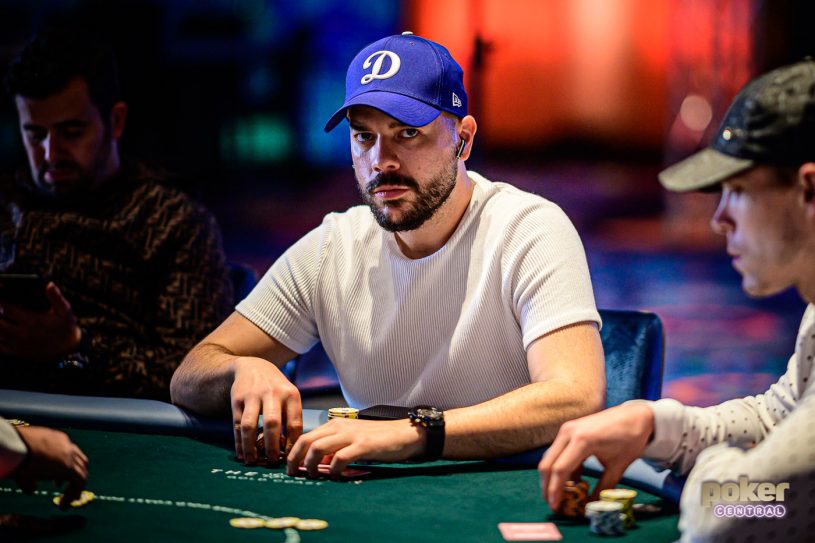 The fourth event of the 2020 Australian Poker Open was Event #4: AU$25,000 Pot-Limit Omaha held from inside The Star Gold Coast poker room. It was the longest day of play so far during the Australian Poker Open as the event ticked into the 19th level, and once the dust settled and just five players remained, it would be Colombia’s Farid Jattin holding the chip lead with 2,075,000 heading into Wednesday’s PokerGO streamed Event #4 final table.

The final Pot-Limit Omaha tournament of the series attracted a total of 29 entrants that created a prize pool of $725,000. Once play reached the final table of seven players, the speed of play stalled as it would take 90 minutes before Mike Watson exited in seventh place. With the final six players now on the AU$58,000 money bubble, action continued for a further two hours before Sean Winter was eliminated in sixth place when his suited aces were run down by Jattin’s runner-runner straight after all the money went in preflop.

The final five players are all guaranteed AU$58,000 in prize money, but all eyes are set on the first-place prize of AU$290,000 and the title of Event #4 champion. The player best positioned heading into the fourth final table of the Australian Poker Open is Farid Jattin who holds nearly half the chips in play with 2,075,000. Jattin has amassed over $5.1 million in lifetime tournament earnings to see him sit atop the Colombian All Time Money List and this is his first cash in any Poker Central high roller tournament.

Sitting second in chips is Andras Nemeth with 740,000 in chips. Nemeth is collecting his third cash of the series following his victory in Event #2, and with this cash he is now tied with Mike Watson on points (although money-won is the tie breaker) in the Australian Poker Open Championship. Finish player and partypoker pro Joni Jouhkimainen is third overall with 610,000 in chips. Jouhkimainen finished fourth in Event #2 to see his lifetime tournament earnings eclipse the $3.8 million mark, and if he claim a victory in Event #4, he will move to third place on the Australian Poker Open Championship leaderboard.

Fourth overall is George Wolff with 475,000 in chips. This is Wolff’s first cash of the Australian Poker Open, and for the 2019 Global Poker Awards Breakout Player of the Year nominee, he has currently collected nearly $2.6 million in lifetime tournament earnings with his best result being a runner-up finish in the recent Aussie Millions AU$25k challenge. Rounding out the final table is Alex Foxen with 470,000 in chips. Like Wolff, this is Foxen’s first cash at the Australian Poker Open after recently making his way to Australia via the partypoker MILLIONS UK where he collected a third-place finish in the High Roller Finale. In December 2019, Foxen won the WPT Five Diamond World Poker Classic, and in doing so, claimed the Global Poker Index Player of the Year for the second consecutive year – a feat never before done.