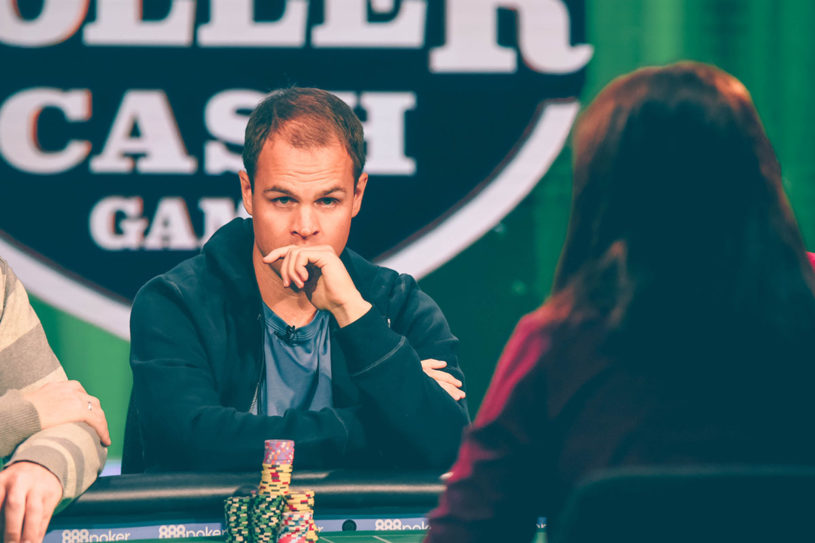 Andrew Robl in action during the 2018 Super High Roller Cash Game at the PokerGO Studio.

High stakes cash games aren’t for the faint of heart and Andrew Robl has proven time and time again that he might have the most heart of them all. At age 32, Robl’s career is just a few years shy of spanning over half his life, most of which he’s spent playing against the biggest and best players in the world with fearless aggression and a never-ending hunger for action.

Today, the Michigan native once again lays it all on the line playing in PokerGO’s Super High Roller Cash Game as the only player to reappear on the show after its first edition back in 2015. Back then, Robl went up against Scott Seiver, Aussie Matt Kirk, Sam Trickett, and Paul Newey, while today he’s facing Matt Berkey, Isaac Haxton, Justin Young, Garrett Adelstein, Lazaro Hernandez, and Anthony Alberto. The lineup, the situation, the stakes, it doesn’t matter for the Las Vegas resident who’s just here to have fun, create action and make his opponents sweat a little.

Catch the Super High Roller Cash Game live on PokerGO right now and tomorrow from 6:00 pm ET onwards. Both nights of action are available on-demand for all PokerGO subscribers.

“I think it’s important that everyone has a good time, that’s why we come here and that’s why people like to watch. In a game like this, there are also certain things I like to do to ensure it’s a bit more fun for the cameras.”

“Even though the game is a little smaller than the last time, I’m still expecting a ton of action today,” Robl shared his excitement about today’s game in the PokerGO Studio.

Of all the players he’s battling with today, Robl has the most history with Matt Berkey. Berkey, who had the PokerGO cameras follow him for Dead Money, a documentary series about his journey to the Super High Roller Bowl, is a regular in Robl’s main games in Las Vegas and the two seem likely to tangle during today’s game.

“Matt and I have played a lot of big pots over the years, and he’s just a really fun guy to play with. Over the years though, I think he’s gotten the best of me, so perhaps I’m able to get some revenge today,” Robl added with a big smile.

While the stakes are very serious with nearly a million dollars on the table, Robl is used to taking things to an even higher level. Having bought in for seven-figures on numerous occasions, Robl laughs when we bring the various ways in which he loves to induce action.

“I love encouraging other people to buy in big to get some gambling going, and I’m definitely not going to ever buy in with a short stack.”

The Super High Roller Cash Game got underway with some big pots right off the bat, so don’t waste another minute and get in the game on PokerGO right now.