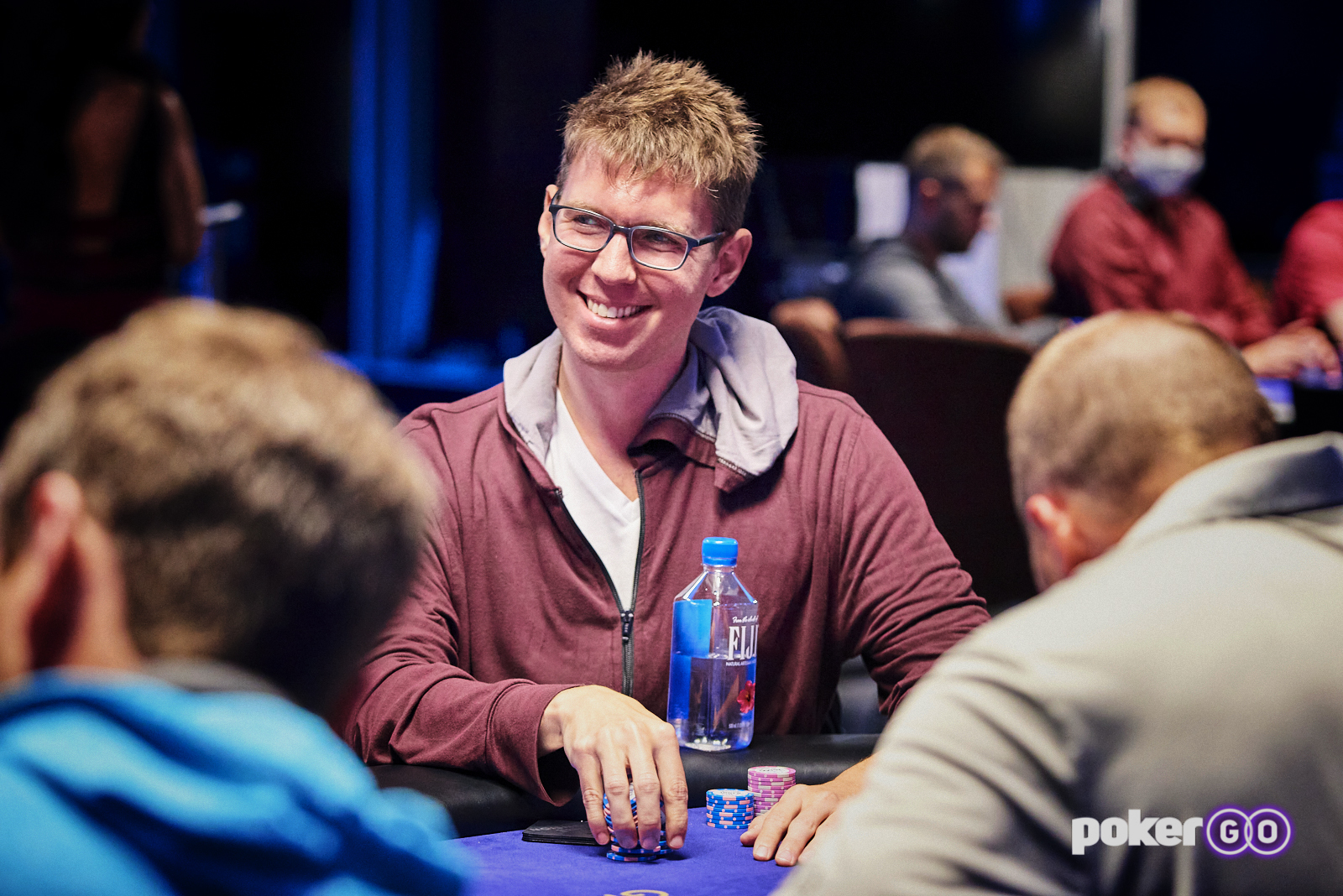 Joining Lichtenberge, Jaffee, Foxen and Peters at the fianl table are Dan Shak, Kristina Holst, Ivan Zufic and Brock Wilson. Holst and Wilson bagged the short stacks and are nearly dead even in chips.

Getting to the final table proved to be quite adventurous as chips were flying back and forth in the final three levels of play, as there were no fewer than fifteen double-ups after Bill Klein was eliminated by Ben Yu to burst the money bubble late in level 12.

Sam Soverel was the first player eliminated in the money when his ace-king was bested by the pocket threes of Peters to finish in 15th place.

Yu was the next player to fall after getting it all-in with a pair and a straight draw against the pocket jacks of Zufic. Unfortunately, the board failed to improve Yu, and he was eliminated in 14th place.

After Yu’s elimination, play slowed considerably as the double-ups began in force. Holst was the first to double up holding ace-jack against the pocket tens of Sergio Aido. Holst flopped a jack and left the Spaniard with just 50,000. Aido would hit the payout cage in 13th place shortly thereafter when his ace-four was bested by the ace-six of Jaffee.

Wilson and Riordan would then combine for five double-ups in a row between them before Matthew Ploof and Sean Winter were eliminated in the same hand but at different tables. Winter held more chips to start the hand and would finish in 11th place while Ploof would finish in 12th.

Shawn Daniels would find the next double-up when his king-three bested Foxen’s king-jack, but the very next shuffle, Daniels would be eliminated in tenth place when Foxen went runner-runner to make trip queens against Daniels’ pocket aces.

Riordan’s string of doubles finally came to an end when his ace-ten ran face-first into the ace-king of Lichtenberger, eliminating him in ninth place, and vaulting Lichtenberger into the chip lead thanks to the 1.5 million chip pot.

The button will be in seat 5 and the players will begin level 16 when play resumes.