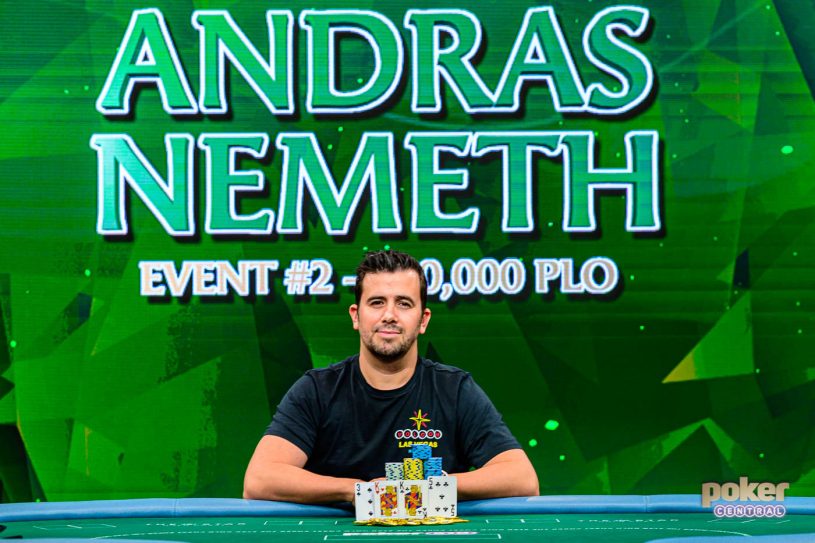 Jumping into second place on the Australian Poker Open standings, and straight into Event #3 $25,000 No Limit Hold’em, Nemeth has his eyes set on the upcoming events after which he’ll evaluate whether the final two events will be worth playing for him.

“I will play the $25,000 events and then we’ll see. Being in second place right now adds a bit of motivation for sure but I also know that the biggest buy-ins are also the toughest.”

Nemeth sees himself as a middle-of-the-pack skill-wise in these fields but that doesn’t intimidate him as he can step up to the plate and play his best when a big moment arises. The Hungarian pro has been around for more than ten years with success both live and online, across Pot Limit Omaha and No Limit Hold’em tournaments big and small. So how does he stay at the top as the games have gotten so much tougher?