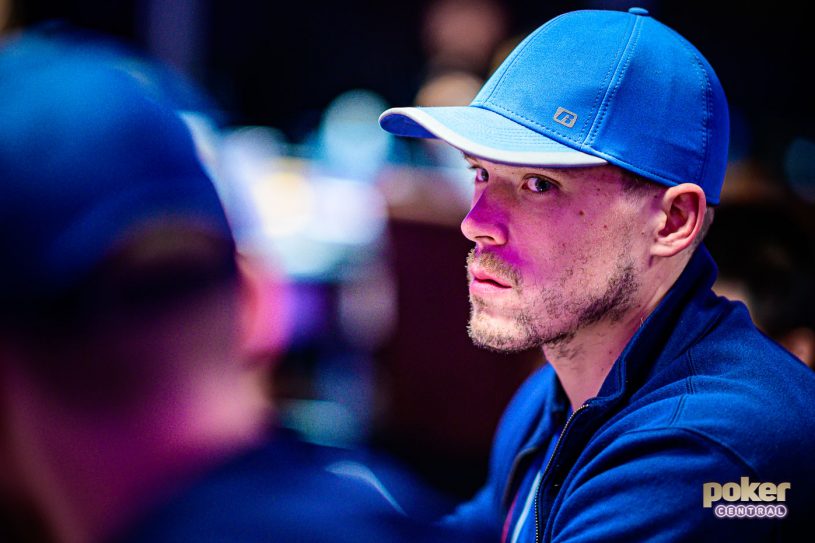 Alex Foxen in action during the 2019 Poker Masters

After finishing as runner-up to Jonathan Depa in Event #4 of the Poker Masters, Alex Foxen took a few moments to appraise his approach to the Short Deck event and judge his own play against someone he has a huge amount of respect for in the format and game in general.

COMFORT IN THE GAME

“I definitely feel comfortable in the game,” says the reigning Global Poker Index Player of the Year Foxen, “I like to think that I’m able to beat the field. Second place is always a better-than-expected result. Depa is a really good player and almost always the best player in the field in any Short Deck tournament.”

The final table threw together players who have perfect the art of the Short Deck format, a new format in popular poker culture.

“We had some interesting players,” said Foxen after losing heads-up, “[Jonathan Depa] is definitely the best short deck player so he deserves the win.”

Despite not taking down the event, Foxen’s two cashes so far after just four completed events gives him a real chance of winning the Purple Jacket, an accolade he would love to put his name to.

It’s exciting, it gives me a good shot. I’ve got to get some more cashes, though. It would mean a lot; these series are really cool, and I really like to support them.”

The prestige of the Poker Master series is something that Foxen and others believe will lead to the Purple Jacket being a prize every player is desperate to win I the future… so he wants one right now at the formative years stage.

“They’re something that could give poker a really bright future. Playing it has a two-side benefit in that I like to support [the events] and the future of them being even more prestigious makes it important to be a success in the early ones.”

It’s certainly looking likely. Foxen had the best year of his career, but although 2019 hasn’t been quite in the same stratospheric bracket monetarily, he still looks back at the last 11 months with enormous pride.

“2018 was a little bit better for me than 2019 but, all in all, everything’s a growing, learning experience and I’ve pretty much been continuing on my same schedule.”

Despite pushing for success, Foxen has enjoyed taking a break at points too after such a manic busy 2018.

“I’ve tried to take a little more time away from the table of late and I feel like it’s definitely let me be a bit more refreshed the times I’ve been playing, so I feel that’s good for my future.”

While some players find it hard to cope with the emotional swings of variance in poker, Foxen has stark advice for what to do to limit that feeling – play more.

“Part of what makes poker so great is that there’s always a next one. Poker can be really frustrating when feel like you have finite chances, but it becomes a lot less frustrating when you know there’s another tournament and you just need to play your best. Playing a high amount of volume allows you to play your best a lot more than anything. I just enjoy the grind.”

This last 12 months has been a learning curve for Foxen, but it’s also been one where players, fans and even the media have come to know that Foxen is no flash in any pan. He’s a great player who is determined to get better and we’re bound to see a lot more of him in years to come, as well as during this 2019 Poker Masters. No-one will try harder to be fitted up for the Purple Jacket.

“I try not to be too directly empirical or results-based in any way. I feel like I’m improving in a few different games and making strides in hold’em, so as far as that’s concerned, it’s been a success.”

You can watch and see if Foxen manages to add the Purple Jacket to his many awards by tuning in for the remainder of the series. Subscribe to PokerGO today and you’ll have 24/7 access to the best poker games out there.