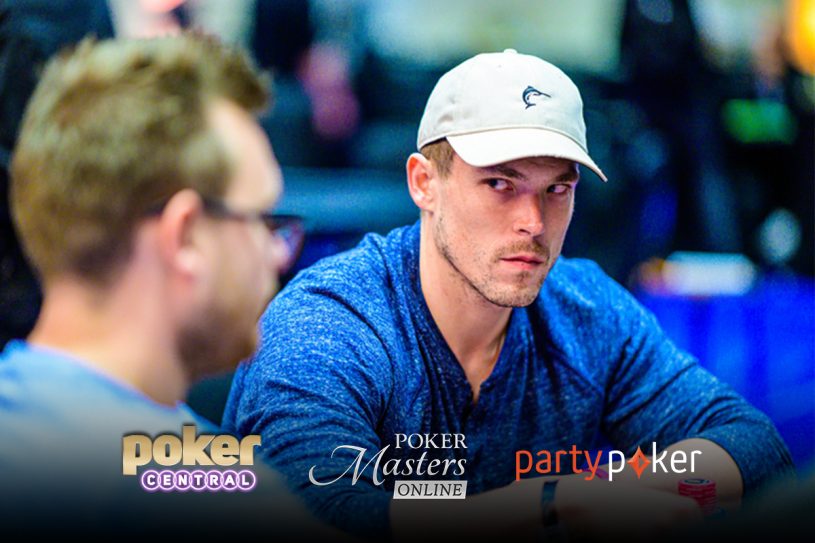 The Poker Masters Online Championship on partypoker is officially underway as Easter Sunday saw three winners crowned with Alex Foxen, Tobias Ziegler, and Elias Talvitie coming out on top. The latter, from Finland, took down the $25,000 opening event for $481,250, the largest payout of the day, as a total of nearly $3 million in prize money exchanged hands. With his win for $309,677, Alex Foxen has taken an early lead in the Poker Masters Online Championship Standings.

The Poker Masters Online is a series of 30 high stakes events organized by Poker Central and partypoker ranging from $10,000 up to $50,000. The player who gathers the most points in the championship race will receive the highly coveted Poker Masters Purple Jacket as well as a $50,000 cash prize.

All three events on the first day saw big fields and big names including big names such as Justin Bonomo, Sam Greenwood, Ali Imsirovic, and Sam Trickett. The first event was a $25,000 No Limit Hold’em tournament with a $1,000,000 guarantee which was swiftly eclipsed with a total of $1.375 million up for grabs. Jason Koon, David Peters, Nick Petrangelo, and Timothy Adams fell just short of the money in this event before Juan Pardo Dominguez was the first to get knocked out in the money. The payouts of Event #1 were as follows.

The second event was a $10,000 Pot Limit Omaha 6-max tournament which drew a total of 55 entries creating a prize pool of $552,000. Players that fell short of the money included Kahle Burns, Andreas Torbergsen, Jorryt van Hoof, Sami Kelopuro, Tony G, Mike Watson, and Ludovic Geilich. The payouts of this event were as follows.

The final event of the night was a $10,000 No Limit Hold’em event that drew a whopping 99 total entries that included the likes of Patrick Leonard, Steve O’Dwyer, Fedor Holz, and David Peters but those all fell short of the money. Alex Foxen came out on top after beating Artur Maritrosian heads up and Adrian Mateos finished third.

The Poker Masters Online 2020 Championship Standings are now as, obviously, the winners of the first three events sit at or near the top. The Poker Masters Online continues today with a $10,000 No Limit Hold’em event that kicks off at 2:00 pm ET and a $10,000 No Limit Hold’em 6-max event that starts at 4:00 pm ET on partypoker. Stay tuned to Poker Central for daily updates from the virtual felt!