You are here
Home > News > Alex Foxen on Super High Roller Bowl Debut: “This is the Pinnacle” 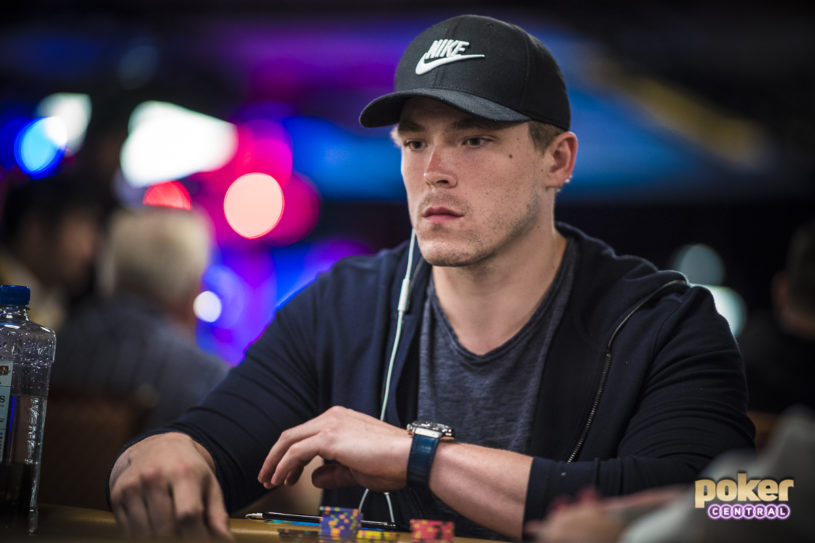 William Foxen in action during the 2018 World Series of Poker.

At the start of 2018, the casual poker fan had little to no reason to be aware of the name Alex Foxen, but less than 12 months later there’s little reason not to be aware of his impressive rise on the poker ranks. Having cashed for nearly $4.5 million since the start of the year and claiming the No. 1 spot on the Player of the Year race, Foxen has arrived and today he’ll be making his debut in the Super High Roller Bowl.

The Journey to the Top

Although many poker fans are just starting to become aware of Foxen’s play after a breakout second-place finish in the WPT Five Diamond Poker Classic in late 2017, his journey to the top has been far longer than meets the eye.

“This is definitely my best year by far, and it feels really good, but it’s a culmination of a lot of years of work. People might see it as one year, but to me, it’s a lot more than that. It feels amazing though, I’ve had a lot of a lot of good fortune and in a lot of big spots and I’m really really thankful.”

Foxen remains humble amidst an excellent run, and he finds it hard to pinpoint exactly why this turned out to be his breakout year.

“It’s really hard to pinpoint a specific key that made this possible, but I think that talking with good people constantly, focusing and thinking about the game and always trying to improve every day is the most important thing you can do. Everything else is just going to happen. All I can do is my best every day.”

The timing of Super High Roller Bowl V is perfect for Foxen, who missed out in the fourth edition of this event earlier this year. Having always had confidence in himself to perform at the highest level, he still, however, feels a bit of uncertainty as the game of poker doesn’t provide a clear answer to questions relating to whether you’re at the top from a technical perspective.

“Poker is weird like that,” Foxen said about never being fully sure of whether he’s at the top or perhaps just below it.

“It’s hard to know anything for certain in poker, but I feel really good, I feel good playing against all these top players, I’m excited and I definitely feel like this is the right time. It’s good timing for me to get my first shot at this event.”

While Foxen gets his first chance at the purple felt, his friends and family will get a good chance at following their favorite from start to finish as the PokerGO live stream provides three straight days of live coverage along with the newly introduced live reporting. For Foxen, the live coverage from Day 1 provides the people closest to him with the additional benefit of getting a better understanding that poker tournaments aren’t just final tables where he plays for the big money.

The Pinnacle of Tournament Poker

Just like all other poker players at this level tend to say, Foxen also makes it abundantly clear that in a sense this is just another tournament. While Foxen won’t ignore the upscale setting and heightened attention that’s being paid to his play, he’s also not going to ignore how special this opportunity is.

Lastly, Foxen also gushes over the opportunity to play at the highest level in the PokerGO Studio, and he emphasizes that there’s hardly any comparison to doing well in this event.

“This tournament definitely has a lot of prestige. It’s like a little bit different than the others. It’s a cool experience to play a buy-in this size no matter where it is but this one is extra prestigious, that’s for sure.”

“As a tournament poker player, winning this one is the pinnacle when it comes to single tournament results. It would be an extremely special one to win. It’ll be hard for any tournament other than maybe the WSOP Main Event to feel better to win.”

Stay tuned right here to PokerCentral.com for the exclusive live coverage of all the Super High Roller Bowl V action from the PokerGO studio. New to PokerGO? Subscribe right now to not miss a minute of the action.