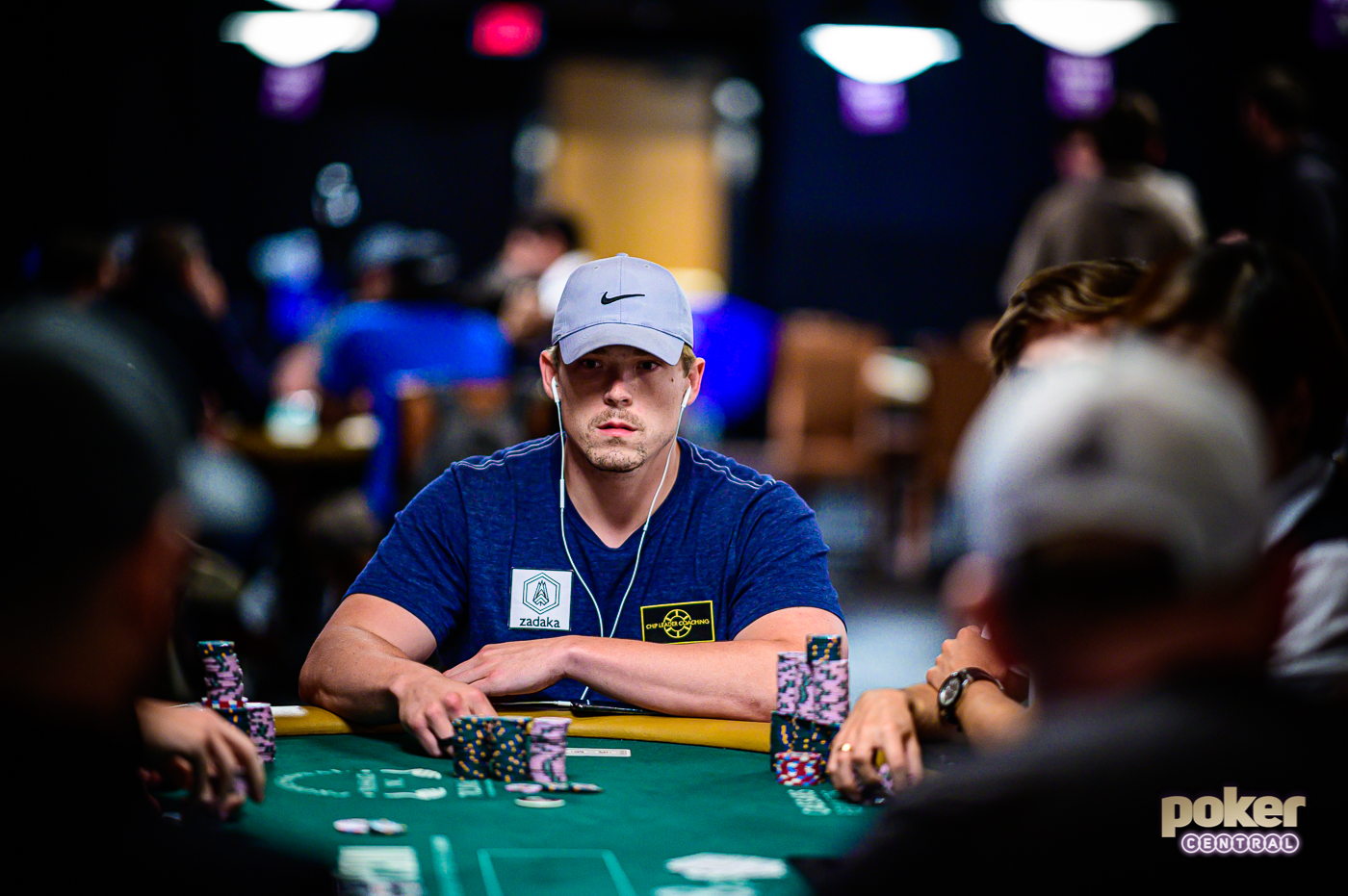 Alex Foxen just prior to getting eliminated late on Day 6 of the 2019 WSOP Main Event.

Day 6 of the 2019 World Series of Poker Main Event wasn’t kind to top pros. The likes of Antonio Esfandiari (82nd), Chris Hunichen (54th), Sam Greenwood (45th), and now Alex Foxen (40th – $211,945) were all sent to the rail. The story of Foxen’s event was summarized in an interview with him last night, as he never had a lot of chips and keenly walked the tightrope before ultimately falling off in 40th place tonight.

“I’m obviously disappointed but it’s a good result,” Foxen said after collecting his payout slip. “I played really well and I’m glad I managed to navigate this field without ever having very many chips. I feel pretty good about the whole thing but I just couldn’t win that last all in. I just got to live with the result now.”

Looking back on his entire run, Foxen has no regrets over the decisions he’s made and he’s seemingly already processed the disappointment as he’s already focused on what’s next.

“I’m already eager to play it again. There’s no other tournament experience like it, it’s unreal and it was very exciting to have a shot. It was unreal.”

With still some events left to be played, Foxen will register for the $100,000 High Roller WSOP event tomorrow morning followed by whatever else he can get his hands on. Foxen made bracelets bets prior to the WSOP starting and he’s running out of chances to win those bets.

“I’ll probably not be satisfied unless I win a bracelet or make another big run in an event but I can’t complain about my summer. This Main Event run, just having a shot at it, is a huge consolation.

Watch continued coverage of the WSOP Main Event on PokerGO and ESPN. Watch the final table of the $100,000 High Roller on PokerGO and CBS All-Access on Saturday.