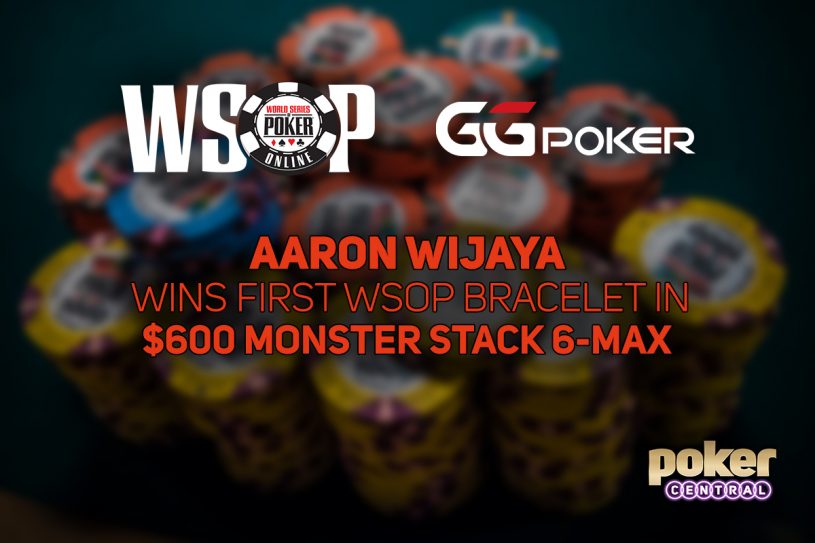 Chun Kit “FathiSon” Leung would be eliminated in seventh place when his ten-nine couldn’t improve against Wijaya’s pocket eights. Bohn would wake up with pocket jacks, but unfortunately would run into Mellanen’s aces. The board blanked out, and Bohn was eliminated in sixth place. Joao “naturalMENTE” Simao was eliminated in fifth when his pocket fours were outdrawn by Wijaya’s ace-king, before Jingxiang “Fuzzy Wuzzy!” Ong was all in on the flop with top pair, but would be shown the two pair of Toni “AnsuFati31” Bosch Jordana and be unable to improve as he exited in fourth.

Mellanen would wake up with ace-king but run into the pocket jacks of Wijaya, and when a jack fell on the turn to leave Mellanen drawing dead, he would fall in third. Bosch Jordana held a slight lead over Wijaya entering heads-up play, and after some back-and-forth, the final hand cooler would play out. Both players flopped two pair, and then both improved to a full house on the turn. All the money went in on the river with Bosch Jordana’s sevens-full-of-eights losing out to Wijaya’s sevens-full-of-kings to see Wijaya crowned the Event #38 champion.