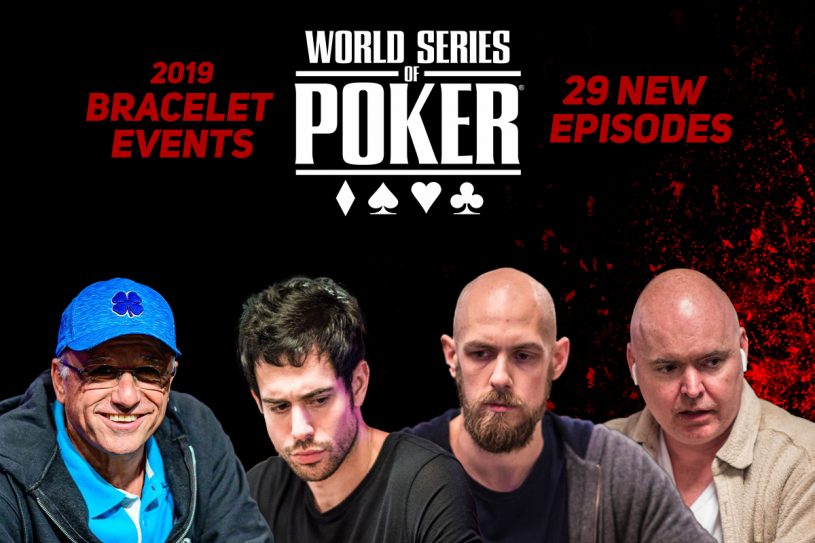 The 2019 World Series of Poker (WSOP) featured a record-setting 90 bracelet events across the seven-week schedule that also included nine online events held on WSOP.com. Viewers had multiple options to consume WSOP coverage with action split between PokerGO, ESPN, and CBS All Access.

Viewers are guided through the action by poker commentators Lon McEachern, Ali Nejad, and David Tuchman, while a rotating cast of professional poker players provided color commentary throughout the series.

Throughout the 29 episodes, WSOP bracelets are awarded to veterans of the game that include Elezra, Mizrachi, and Hennigan, while players such as Chidwick, Tilston, and Tang finally are rewarded for their consistent tournament grinding. Many other first-time WSOP bracelet winners are crowned during these episodes and include Susan Faber, Sejin Park, Santiago Ramos, Kainalu McCue-Unciano, Jeremy Pekarek, Howard Mash, and Femi Fashakin.

Bracelet events from the 2019 WSOP were broadcast on CBS All Access and are now available on PokerGO. Select your favorite episode from the overview below and start watching right now.