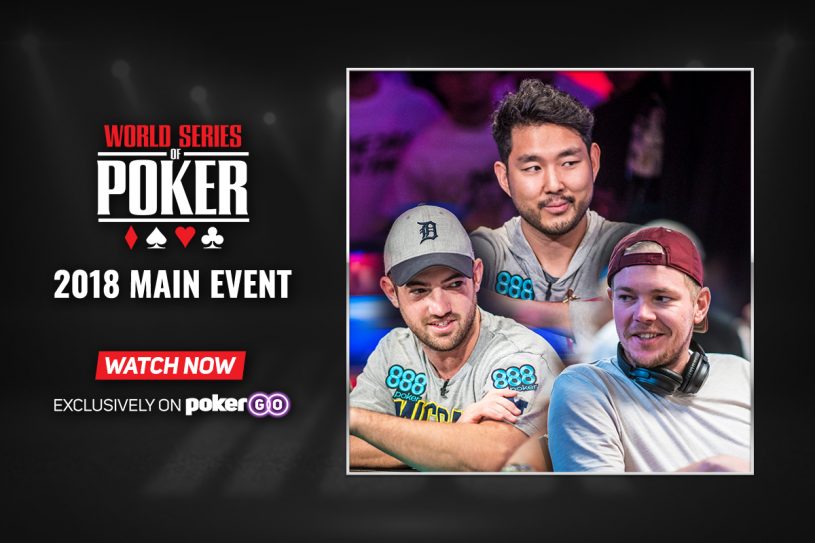 The 2018 WSOP Main Event would attract the second-largest turnout in WSOP Main Event history as the 7,874-player field created a prize pool of over $74 million. Following the abandoning of the November Nine concept the previous year, the final table played out in July with each player guaranteed $1 million in prize money as four countries were represented – six from the United States, and one each from Australia, Ukraine, and France.

For the fourth consecutive time, the final table played out over three nights. Day 1 would conclude with Michael Dyer holding a commanding chip lead over the final six, while Day 2 would be reduced to just three players with Tony Miles surging out into the lead ahead of John Cynn and Dyer. The final night would see Dyer depart in third fairly quickly before Miles and Cynn would play heads-up for over 10 hours before Cynn emerged victorious to be crowned the 2018 WSOP Main Event champion and recipient of the $8.8 million first-place prize.

Prior to winning the 2018 WSOP Main Event, Cynn had amassed nearly $950,000 in lifetime tournament earnings including an 11th-place finish in the 2016 WSOP Main Event for $650,000. Cynn had also collected 12 WSOP cashes dating back to 2012 along with two WSOP-Circuit Main Event cashes, and four WPT cashes. Following Cynn’s previous deep run that thrust him into the Main Event spotlight, he was again back on the Main Event broadcast on Day 6. Cynn also was a part of PokerGO’s 2018 WSOP Main Event Top 5 Hands | World Series of Poker video where he was involved in two hands alongside Tony Miles.

There are 15 episodes from the 2018 WSOP Main Event available now on PokerGO with coverage beginning on Day 5. The two episodes from Day 5 feature Antonio Esfandiari and Kelly Minkin on the feature table, while Day 6 is split across four episodes. 2009 World Champion Joe Cada finds himself on the feature table as he looks to make another deep Main Event run, and he is joined by Benjamin Pollak, Minkin, and new faces to the broadcast that includes Cynn, Miles, Kao Saechao, and Clayton Fletcher.

There are six episodes for Day 7 action as the day begins with just 26 players and ends with the final table of nine. The first two episodes see three tables reduced to two, while the final four episodes paves the way to the final table and includes two monster hands on the final table bubble that are both included in PokerGO’s 2018 WSOP Main Event Top 5 Hands | World Series of Poker video.

The 2018 WSOP Main Event was broadcast on ESPN and is now available on PokerGO. Select your favorite episode from the overview below and start watching right now.