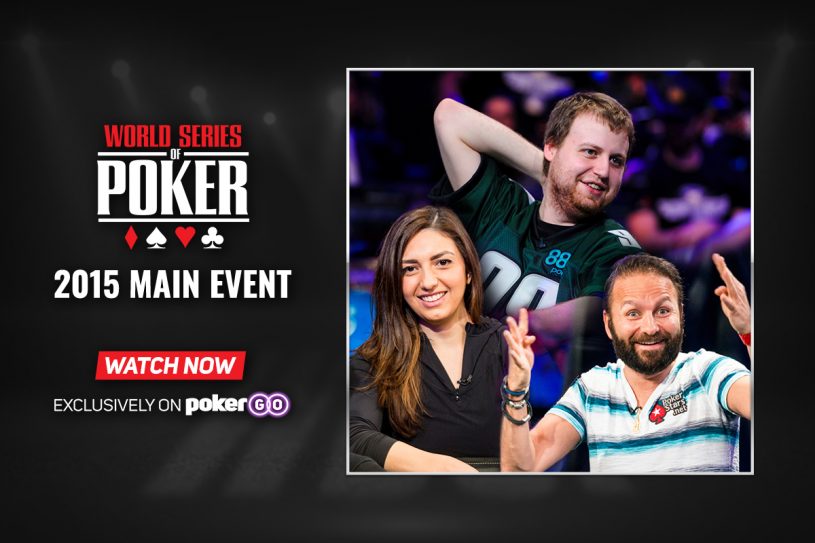 The 2015 WSOP Main Event would see the field size drop to 6,420 players which created a prize pool of $60.3 million. The November Nine returned for the eighth time as four countries were represented among the final nine players – six from the United States, and one each from Israel, Italy, and Belgium.

For the first time, the final table played over three nights. On Day 1 the final nine were reduced to just six players with Joe McKeehen holding a substantial chip lead, and on Day 2 there would be just three remaining with McKeehen leading Neil Blumenfield and Josh Beckley. After 40 hands on the final night, it would be McKeehen defeating Buckley heads-up to be crowned the 2015 WSOP Main Event champion and recipient of the $7,683,346 first-place prize.

Originally from North Wales, Pennsylvania, the 24-year-old McKeehen had already amassed nearly $2 million in live tournament earnings prior to winning the 2015 WSOP Main Event. 2014 would be his breakout year where he won over $1.28 million on the back of five titles and a second-place finish in the WSOP $1,500 Monster Stack. McKeehen first made an appearance during the Main Event broadcast on Day 5 and became a regular thereafter as he made a run up the leaderboard and found himself seated among the feature tables. McKeehen also featured heavily in PokerGO’s 2015 WSOP Main Event – Top 5 Hands | World Series of Poker video where he was involved in three of the showcased hands.

There are 18 episodes from the 2015 WSOP Main Event available now on PokerGO with coverage beginning on Day 4. Feature table play is dominated by Phil Hellmuth and Daniel Negreanu, and with Negreanu building a sold chip stack, he remains the headline act when play progresses to Day 5. Negreanu is joined by the likes of Fedor Holz, Justin Bonomo, Max Steinberg, Upeshka De Silva, and Kelly Minkin on the feature tables.

When the tournament progresses to Day 6, some eventual November Nine faces begin to emerge such as Tom Cannuli, Neil Blumenfield, and Josh Beckley, while others that fall just a few places shy also are highlighted in the coverage and include Patrick Chan and Justin Schwartz. Day 7 captures the action as the final 27 players return all eyeing one of the final nine spots. Across these four episodes from Day 7, McKeehen puts his stamp on the broadcast delivering some massive eliminations on his way to reaching the November Nine as the dominating chip leader.

The 2015 WSOP Main Event was broadcast on ESPN and is now available on PokerGO. Select your favorite episode from the overview below and start watching right now.