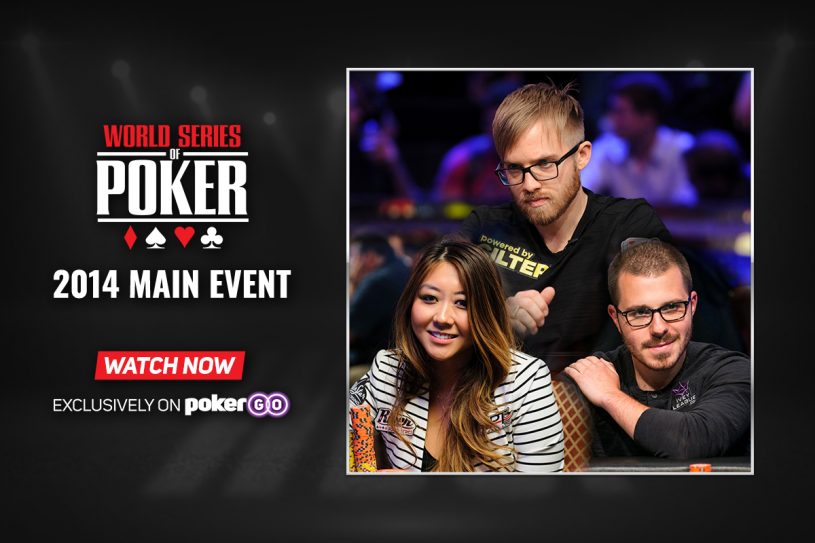 The 2014 WSOP Main Event saw an increase in field size as 6,683 entrants created a prize pool of over $62.8 million. The November Nine returned for its seventh installment as six countries were represented among the final nine – the United States, Sweden, Brazil, Norway, Spain, and the Netherlands.

The first night of play would be reduced to three-handed play as Dutchman Jorryt van Hoof held the chip lead over Sweden’s Martin Jacobson, and Norway’s Felix Stephensen. Whoever would be the eventual winner from the final trio – it would be a first for their country – and following 84 hands on the final night, it would be Jacobson defeating Stephensen heads-up to be crowned the 2014 WSOP Main Event champion and recipient of the $10 million first-place prize.

Originally from Stockholm, Sweden, the 27-year-old Jacobson was already an accomplished poker player prior to his 2014 WSOP Main Event win. Jacobson had amassed over $2.8 million in lifetime tournament earnings which included 13 six-figure scores. On the European Poker Tour, Jacobson had finished in second, second, third, fourth, and tenth-place in Main Events, and had also added two WSOP final table appearances. With his impressive poker resume, Jacobson was heavily featured throughout the Main Event broadcast as he progressed to reaching the November Nine in eighth-place overall. Jacobson also managed to make an appearance in PokerGO’s 2014 WSOP Main Event – Top 5 Hands | World Series of Poker video.

There are 16 episodes from the 2014 WSOP Main Event available now on PokerGO and coverage begins on Day 4. The two feature tables are led by 2009 November Niner Phil Ivey and Ronnie Bardah who is chasing his record-setting fifth consecutive Main Event cash. Day 5 action is split over four episodes and new faces begin to dominate the coverage including Kyle Keranen, Curtis Rystadt, Bruno Politano, and Brian Roberts, while a few familiar faces are also on the final table such as Maria Ho, Dan Smith, and Mark Newhouse who is chasing back-to-back final table appearances.

Day 6 coverage is also split over four episodes and Newhouse, Keranen, and Smith continue to find themselves on the feature tables and at the forefront of the coverage. Bryan Devonshire, Luis Velador, Billy Pappas, and Tom Sarra Jr begin to emerge before coverage moves to Day 7 and the final four episodes before the November Nine is set. Some of the eventual final tablists begin to make noise as Dan Sindelar and Jorrt van Hoof creep up the leaderboard, while Newhouse’s improbable run continues.

The 2014 WSOP Main Event was broadcast on ESPN and is now available on PokerGO. Select your favorite episode from the overview below and start watching right now.