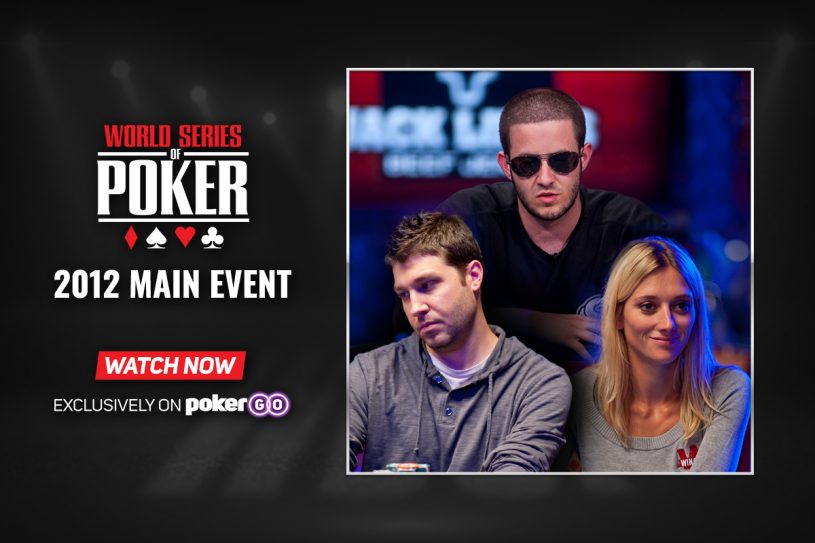 The 2012 WSOP Main Event attracted 6,598 players and created a prize pool of over $62 million. The fifth installment of the November Nine would become the October Nine as the resumption would be held earlier due to the U.S. presidential election. The final nine players was an American-dominated affair as Hungary’s Andras Koroknai was the lone international player.

The first night of play lasted a little over seven hours as the final table was reduced to just three players that included chip leader Greg Merson, and both Jesse Sylvia and Jake Balsiger. One of the longest final days of play from a WSOP Main Event would occur on the final night as it would take nearly 13 hours and 400 hands before Merson was crowned the 2012 WSOP Main Event champion. Merson not only collected the $8,531,853 first-place prize – but on the back of his $10,000 No-Limit Hold’em Six-Handed win just before he entered the Main Event – he was also crowned the 2012 WSOP Player of the Year.

Heading into the 2012 WSOP, Merson had collected tournament cashes across the country with his best results coming with a win for $18,053 in the 2007 $230 No-Limit Hold’em Super Stack Hold’em Series, a 639th-place finish in the 2009 WSOP Main Event, and a 103rd-place finish in the 2010 PCA Main Event. Merson began his 2012 WSOP with a deep run in the $3,000 No-Limit Hold’em before he bubbled the final table of the $2,500 No-Limit Hold’em Four-Handed. Merson then went on to win one of the toughest events of the summer when he topped the 474-entrant field to win the $10,000 No-Limit Hold’em Six-Handed for $1,136,197 at a final table that included Keith Lehr, Shannon Shorr, Eddy Sabat, Chris Brammer, and Andrew Lichtenberger. Consequently, Merson was featured throughout the broadcast, and also had two hands in PokerGO’s 2012 WSOP Main Event – Top 5 Hands | World Series of Poker video including a queen-high river bluff.

There are 24 episodes from the 2012 WSOP Main Event available now on PokerGO and coverage begins on Day 3. The feature table and the secondary table is stacked with the likes of Daniel Negreanu, Antonio Esfandiari, Chris Moorman, Ben Lamb, Jason Somerville, and Kevin Pollak each taking their moment in the spotlight. Day 4 sees two-time WSOP Main Event champion Johnny Chan at the feature table, along with Erick Lindgren, while Vanessa Selbst dominates the secondary table.

Day 5 begins with Negreanu and Pollak as the center of attention before new faces begin to show such as Jeremy Ausmus and Gaelle Baumann. Day 6 is highlighted by Merson, Elisabeth Hille, Daniel Strelitz, and Robert Salaburu. The final day of play from the Amazon Room is spread over six episodes and begins with just 27 players remaining. Some extremely talented players are eliminated on Day 7 including Roland Israelashvili, Yuval Bronshtein, Paul Volpe, Danny Wong, Marc-Andre Ladouceur, and Scott Abrams, while Hille and Baumann fall in 11th and 10th-place before the final table is set.

The 2012 WSOP Main Event was broadcast on ESPN and is now available on PokerGO. Select your favorite episode from the overview below and start watching right now.