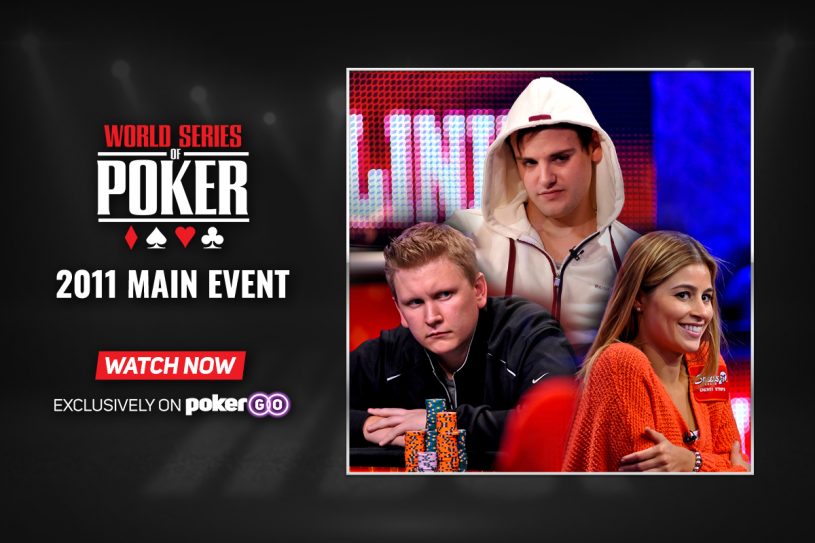 Following a surge in players the previous year, the 2011 WSOP Main Event saw a decline as only 6,865 players would create a prize pool of $64.5 million. The fourth installment of the November Nine would also see the most internationally-diverse final table as a total of seven countries were represented – three Americans, and one each from Germany, United Kingdom, Ukraine, Czech Republic, Belize, and Ireland.

The first night of play would last nearly 11 hours as the November Nine was reduced to the final three players that included German Pius Heinz, American Ben Lamb, and the Czech Republic’s Martin Staszko. Heinz held over half the chips in play, but Staszko gained the advantage early as he eliminated Lamb in third. Following 119 hands of heads-up play, Heinz would emerge victorious over Staszko to be crowned the first WSOP Main Event champion from Germany, while also received the $8,715,638 first-place prize, and his first WSOP bracelet.

Heinz was unknown on the live circuit heading into the 2011 WSOP and managed to collect his first cash in a $1,500 No-Limit Hold’em event when he finished in seventh place for $83,286. On the virtual felt, Heinz was a prolific player who amassed nearly a million in lifetime winnings under the “MastaP89” screen name. Heinz wasn’t a staple on the broadcast unlike some of his other final tablists such as Anton Makiievskyi who was also part of PokerGO’s 2011 WSOP Main Event – Top 5 Hands | World Series of Poker video where he hit a one-outer on the river to stay alive on Day 5.

There are 26 episodes from the 2011 WSOP Main Event available now on PokerGO and coverage begins on Day 3 with each day of the Main Event allocated four episodes. Feature table action across the first four episodes are highlighted by Daniel Negreanu, Shaun Deeb, Sami Kelopuro, and Max Heinzelmann – with Deeb and Heinzelmann playing another one of the craziest hands that appear in PokerGO’s 2011 WSOP Main Event – Top 5 Hands | World Series of Poker video. Day 4 sees the familiar face of Phil Hellmuth on the feature table, while the likes of Guillaume Darcourt, David Bach, and Sam Barnhart begin to make waves.

Day 5 is dominated by Jean-Robert Bellande, while Day 6 begins to dive into the story of David “Doc” Sands and Erika Moutinho who are making a deep run in the 2011 WSOP Main Event, while also being a couple. Their runs would end in 30th and 29th-place respectively late on Day 7 as the eventual November Nine players begin to make an appearance.

The final day of play from inside the Amazon Room sees 22 players return to play for the final nine spots. The likes of Lars Bonding, Kenny Shih, Ryan Lenaghan, Andrey Pateychuk, Bryan Devonshire, and Barnhart all tumbled to the rail before the November Nine was reached. Following nearly a four-month hiatus, the final nine returned to play down to the winner where it would be Heinz collecting over $8.7 million in prize money while being crowned the winner of the 2011 WSOP Main Event.

The 2011 WSOP Main Event was broadcast on ESPN and is now available on PokerGO. Select your favorite episode from the overview below and start watching right now.