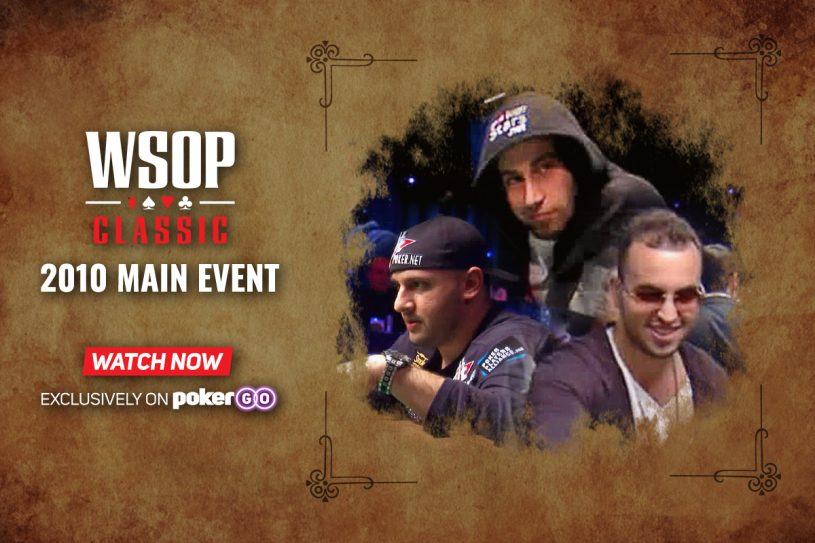 The second-largest WSOP Main Event field size at the time would see 7,319 players take a seat in the 2010 WSOP Main Event to create a $68.8 million prize pool. For the third consecutive year, the November Nine continued as seven Americans, two Canadians, and an Italian, all would go on a four-month hiatus before resuming play from the Penn & Teller Theater.

On the first night of play, the November Nine would become the November Two as Canadian Jonathan Duhamel held a monstrous chip lead over American John Racener on the back of one of the biggest pots in WSOP history. Following 42 hands of heads-up play, Duhamel would emerge victorious over Racener to be crowned the first WSOP Main Event champion from the Great White North while receiving the $8,944,310 first-place prize and his first WSOP bracelet.

Heading into the 2010 WSOP Main Event, Duhamel had collected two WSOP cashes – including a 15th-place finish in a $2,500 No-Limit Hold’em event for $37,276 – and before that had a 10th-place finish in the EPT Prague Main Event for €42,800. Duhamel’s appearance on the broadcast would be highlighted by two very distinct hands. The first being his elimination of Matt Affleck in 15th place, and the elimination of Joseph Cheong in third-place – both hands being part of PokerGO’s 2010 WSOP Main Event – Top 5 Hands | World Series of Poker.

There are 27 episodes from the 2010 WSOP Main Event available now on PokerGO – the most of any WSOP Main Event – and coverage begins with play from the four opening flights. The usual suspects of Mike Matusow, Gavin Smith, and Phil Hellmuth are at the feature table along with 2007 WSOP Europe champion Annette Obrestad makes her debut while 2009 World Champion Joe Cada begins his title defense on Day 1C. Day 2 action is split over four episodes with Daniel Negreanu, Patrik Antonius, Dan Harrington, Jeff Shulman, and Josh Arieh the highlighted players, while Day 3 sees 1998 World Champion Scotty Nguyen headlining the feature table along with poker author David Sklansky.

Day 4 begins with two-time World Champion Johnny Chan as one of the chip leaders before the money bubble is burst, while Day 5 sees Phil Galfond and Filippo Candio at the feature table. The final three days of play in the 2010 WSOP Main Event has four episodes dedicated to each day of play. With the race to the November Nine begins to heat up, new names and faces begin to dominate the coverage. Along with Duhamel, Racener, and Cheong, the likes of Candio, Michael Mizarchi, Matt Affleck, and Soi Nguyen begin to be highlighted on the coverage.

Day 8 action sees the returning 27 players reduced to 18 players, and then to the November Nine following one of the most memorable hands in WSOP history where Affleck is dealt a river blow that he’ll never forget. Following nearly a four-month hiatus, the final nine returned to play down to the winner where it would be Duhamel collecting over $8.94 million in prize money while being crowned the winner of the 2010 WSOP Main Event.

The 2010 WSOP Main Event was broadcast on ESPN and is now available on PokerGO. Select your favorite episode from the overview below and start watching right now.