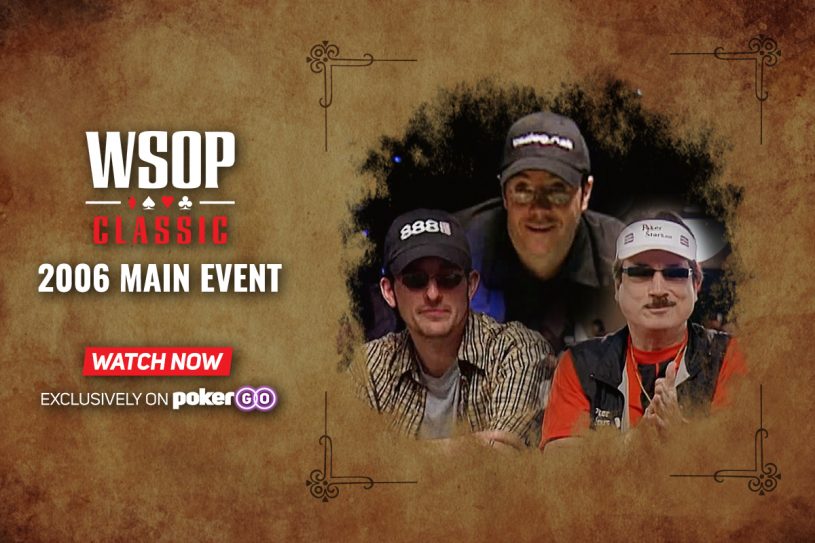 Following a ten-fold increase from when Chris Moneymaker bested the 839-player field in the 2003 WSOP Main Event, all 8,773 players were eyeing the tantalizing $12 million first-place prize in 2006. Only 873 players finished in-the-money, 12 would become millionaires, and just one would take home the biggest payday in WSOP Main Event history. That player would be Jamie Gold.

In a similar fashion to the previous champions he followed, Gold wasn’t a household name in the poker world. Hailing from Malibu, California, Gold was a television producer and talent agent but did have a few poker results prior to his Main Event win. Including a win in a $225 No-Limit Hold’em event at the 2005 Stars & Stripes, Gold had amassed over $101,000 in tournament earnings from nine total cashes.

However, Gold would be thrust into the poker spotlight during the 2006 WSOP Main Event around Day 4 when he vaulted into holding a commanding chip lead over the remainder of the field. From there, Gold never relinquished his lead as he applied a brash and bold strategy against his opponents. Gold’s speech play and table talk was a highlight of his run to the championship – and when combined with his mammoth stack of chips – he was constantly the center of attention during the 2006 WSOP Main Event coverage.

There are 12 episodes from the 2006 WSOP Main Event available now on PokerGO, and the first few episodes are centered around the beginning of the biggest Main Event in history. Feature table play is dominated by the pros as Phil Hellmuth, Mike Matusow, and defending champion Joe Hachem take their seat on Day 1. Daniel Negreanu is the man to watch on Day 2 as the field is still full of previous champions including Greg Raymer, Robert Varkonyi, Chris Ferguson, Carlos Mortensen, and Scotty Nguyen.

The money day arrives on Day 3, and across two episodes the money bubble will burst and many notables will fall to the rail. A new name emerges on the top of the chip counts, and on the feature table, as Dmitri Nobles and his upside-down visor make some noise. Day 4 sees the rise of Gold to the top, while on Day 5, a huge controversy occurs on the feature table between Prahlad Friedman and Jeff Lisandro. The penultimate day of play is Day 6, and across two episodes, the field is reduced from 27 to 18, and then to the final table of nine.

Across two final table episodes, Gold continues to put on a show as he proceeds to eliminate seven of the eight players on his way to winning the 2006 WSOP Main Event and the $12 million first-place prize.

The 2006 WSOP Main Event was broadcast on ESPN and is now available on PokerGO. Select your favorite episode from the overview below and start watching right now.