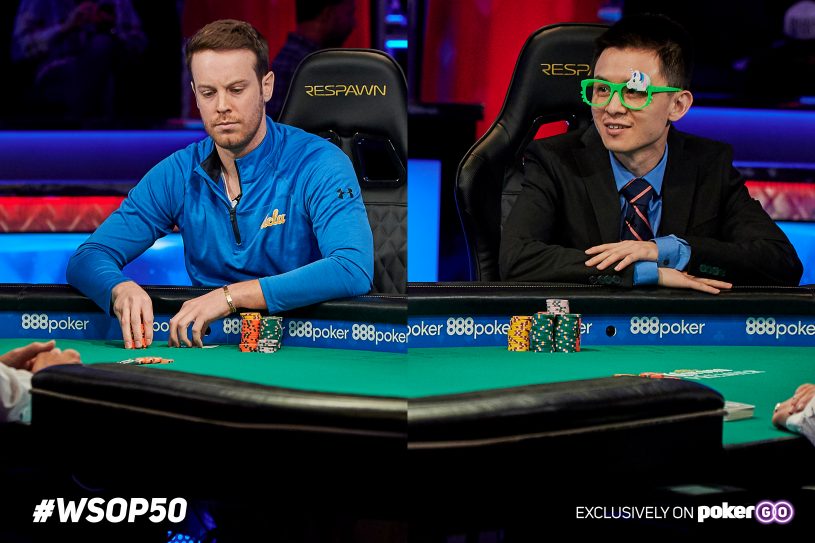 The weekend streaming schedule started with $500 first-timers playing for seven-figures and continued with a Battle of Bracelets that quickly turned into a Battle of Bluffs in the first $10,000 Heads Up NLH Championship semi-final. Yu entered the “Final Four” off a $1,500 Omaha final table and the momentum continued.

While Lehr led on the highlights front, Yu led from nearly start to finish. “Professor Ben” continues to prove he doesn’t belong on the bench and now he has a chance for a 4th World Series of Poker bracelet.

The second “Final Four” match turned in the 13th hand, when Sean Swingruber snuck into two pair on the river to crack Cord Garcia’s pocket aces. A few hands later, Garcia found himself under the million chip mark.

Feeling tons of Swingruber pressure, Garcia continued to lose ground on the chip leader. Just over 30 hand after their $10,000 Heads Up Championship semi-final began, Swingruber scored the knockout and advanced to play Ben Yu for the title.