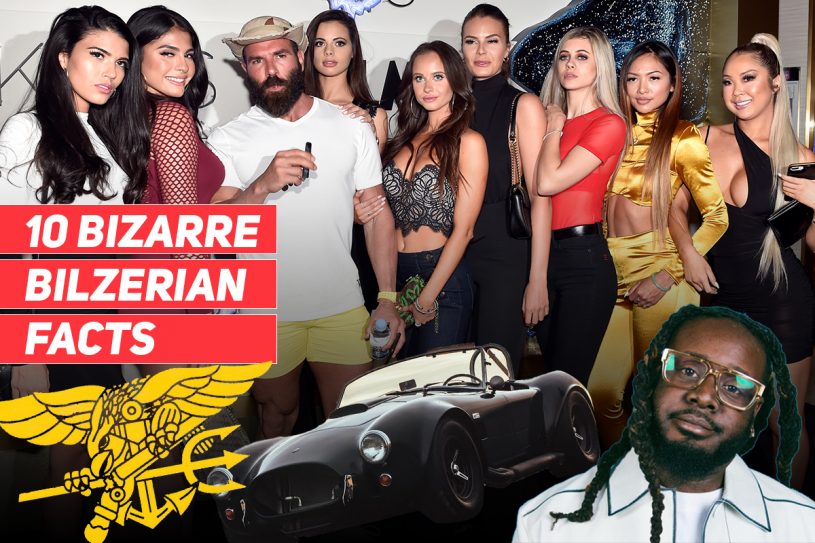 Everything you ever wanted to know about Dan Bilzerian.

Dan Bilzerian may be a very well-known ‘player’, but how much has he really won at poker? Read on and you’ll find out!

Dan Bilzerian may only have cashed in one poker tournament – the 2009 Main Event, where he came 180th for $36,626, but there is one Bilzerian with a little more tournament success… Dan’s brother Adam. Adam Bilzerian has won a total of $877,687 at the felt, including a runner-up finish in a $25,000-entry ARIA High Roller event back in 2015 for $246,000. He also came 7th in a $100,000-entry Super High Roller at the Bellagio back in the summer of 2014, making the final table in a tough field where players such as Jason Mercier, Tom Marchese, Jason Somerville, Doug Polk and eventual winner Dan Smith (for over $2m) outlasted him.

If you like guns, gadgets and… great weather, you’re probably already a fan of Dan Bilzerian, which he himself bills as a Playboy lifestyle. Lifestyles of the rich and famous may be popular on Instagram, but it takes a lot of self-promotion to get to 28.5 million followers. Or a lot of great weather.

Bilzerian Once Won a Fast and Furious Style Race

Back in 2011, Bilzerian took part in a high-speed car race at the wheel of a 1967 Cobra. Taking on Attorney Tom Goldstein, who was driving a Ferrari, Bilzerian crossed the line first, winning the princely sum of $385,000 at the Las Vegas Motor Speedway.

As Oscar Wilde might have written in The Importance of Being Earnest if it were updated to include a character like Bilzerian, “To have one heart attack before reaching the age of 30 may be regarded as a misfortune; to have two looks like carelessness.”

Prompted by rumored drug use, Bilzerian’s angry aortic valves don’t seem to have done anything to slow him down, with his reputation for working out and pumping iron almost admirable. Maybe Wilde himself might approve.

T-Pain Wrote a Song About Him

Everyone has a desire to be immortalized in music, don’t they? From desiring a loved one to compose a concerto in our name to… being included in a rapper’s smack-talking track. Well, possibly. Featuring ‘Lil Yachty’ (a name to set sail to if ever there was one), the song includes the legend:

While Bilzerian has appeared in a handful of movies, his most controversial appearance to date was when he pitched up in Lone Survivor in 2014. Having invested in the movie to the apparent tune of $1 million, Bilzerian filmed around “eight minutes of screen time and 80 words of dialogue”. However, his role was cut in the editing suite to just one line, the legend: “What’s going on?”.

After the movie hit the silver screen, Bilzerian’s reaction upon seeing his screen performance minimised to a mere three quizzical words obviously didn’t sit well. This pre-empted a lawsuit from the bearded Bilzerian demanding $1.8m… until the film’s budget of $40 million yielded a box office return of $154.8 million, meaning Bilzerian had a profit on his investment. The lawsuit – just like many of Bilzerian’s lines in the movie itself – was dropped.

It was in June 2015 that Bilzerian announced that he would be running for President in 2016. He dropped that desire very quickly just a few months later, perhaps after a meeting with the actual incumbent-elect.

In an age of pussified political correctness, you have to respect the people who remain unfiltered @realDonaldTrump pic.twitter.com/pwXHuitXsV

He Has Been Arrested for Bomb-Making

Bilzerian has led an explosive life, but nothing compares to his arrest in December of 2014 on ‘bomb-making’ charges.

Taken into custody at Los Angeles Airport, Bilzerian was eventually forced to plead guilty to failing to extinguish a fire in the open. Fined just $17,231, the whole misdemeanor served as simply moderately-expensive self-promotion with handcuffs thrown in.

He was at the Las Vegas Shooting

When the tragic events of October 1st, 2017 took place, Dan Bilzerian was in Las Vegas. The infamous events of 64-year-old Stephen Paddock opening fire on concert-goers, killing 58 people, wounding 422 and with a total number of injured people topping 850 saw Bilzerian film himself fleeing the shooting, before apparently wanting to return to the crime scene, before asking the police for a weapon.

He Failed at Navy SEAL training

While Dan Bilzerian clearly keeps himself in decent physical shape, he failed the Navy SEAL training program after several attempts at it, and according to some sources, this was due to a safety violation at the shooting range section of the program.

A lover of guns, the American-Armenian weapons nut is often pictured touting his latest pistol, shotgun or rifle. Maybe, twenty years after he first attempted, Bilzerian might re-apply to be a Navy SEAL in 2020.

His Poker Winnings Are a Mystery

While Bilzerian’s tournament results are not exactly headline-making, his results in private cash games are a thing of mystery. Bilzerian himself claims to have won tens of millions in private games, yet no evidence of these winnings has ever been proven.

We’ve already imagined what might happen if Dan Bilzerian became a poker tournament grinder. But for now, Dan Bilzerian remains an internet phenomenon, and a real-life enigma, who may be a fascinating character capable of great achievement… but who may also be a complete figment of the public’s imagination.